These talks are also available to groups on request.  Please contact Graham for more information.

Samuel Pepys and his contemporaries. A series of ten talks available together or singly on request.

Pepys and the Great Fire

Reflections on the phenomenon of Fire, how we feel about it, and whether we can draw comfort and inspiration from Samuel Pepys’s performance when faced with one of the worst outbreaks of it this country had ever seen before the Blitz.

Three Lectures on the Great Fire: during, before, and after – 55 minutes each

Samuel Pepys was the as-it-happened commentator who re-invented the idea of the outside broadcast on paper after the model of Pliny writing about Pompeii. Pepys’s complete assurance as Our Man on the Spot who made do without either camera or microphone extended to his being the Man Who Knew What to Do In a Crisis. So he guides the unsteady King, replaces the dithering Lord Mayor, and even seems to stage-manage the unfolding disaster itself before re-capturing it all for generations to come in the Diary, with that same unblinking and determined flair for improvisation which makes him the indoor as well as the outdoor hero of the hour. (109 words)

Lecture 2: ‘Out of the Frying-Pan – the Fire as Pepys’s Destiny’

Pepys was roused at 3am on 2 September 1666 by news of the Fire, but he had been awake to the probability of sudden disaster since childhood in a City gripped by political turmoil leading to coup d’état. It was as though Destiny had trained him to feel not fear but a burning curiosity towards revolution, regime-change, war and plague. The outcome is not post-traumatic stress but well-tempered excitement.

By the time the Fire breaks out in his life, his Diary’s shorthand notation is as practised and precise as its author’s gaze. He misses nothing, and so nor do we. (100 words)

The Great Fire of London burned out after five days. It destroyed 13,200 houses, 87 of London’s 109 churches (including St Paul’s but saving St Olave’s) and 460 streets, and left four fifths of Londoners homeless, a quarter of whom would never return to live here. The estimated bill was well over a billion pounds. Xenophobia had fed on the flames and was newly rampant. So what was good about the Fire? Is there a sense in which this most spectacularly famous near-apocalyptic moment may have transformed the English zeitgeist, stiffened the sinew of our dealings with Europe, and focussed the future mind wonderfully?  (104 words) 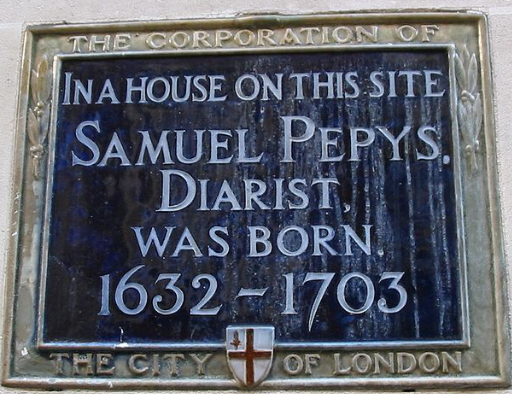 How Samuel Pepys, with a spirit combining the best of both Horatio and Tintin, faced up to disasters one after the other, thus proving the 20th century American pastor Harry Emerson Fosdick’s assertion that “He who knows no hardships will know no hardihood. He who faces no calamity will need no courage. Mysterious though it is, the characteristics in human nature which we love best grow in a soil with a strong mixture of troubles”.