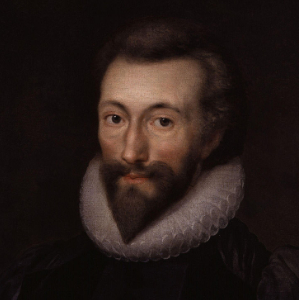 Busy old fool, unruly sun,
Why dost thou thus,
Through windows, and through curtains call on us?
What a bravura first verse opening, and that remarkable verbal gambit typical of Donne, the brash entrance which makes readers, to this day, sit bolt upright.  No poet before or since ever called the Sun a busy old foole, or unruly.

And what an intimate, colloquial, fearlessly presumptuous address reducing those millions of cosmic miles to a face within earshot of a jibe thrown out of a terrestrial window at someone looking in.

Which makes it all the more astonishing that Donne went off the radar of English poetry for any time at all, let alone for more than 250 years from his death in 1631. Then in 1899, the inspirational critic Arthur Symons declared:  “Donne’s quality of passion is unique in English poetry, . . . a rapture in which the mind is supreme, a reasonable rapture. . . This lover loves with his whole nature”.

If that didn’t tip the nation back to loving Donne, then Eliot did, in a stirring essay, The Metaphysical Poets, in 1919. Suddenly there was a bridge linking reason and passion. People felt befriended by Donne in their confusions, and Donne’s own future, as one of our greatest national poetic treasures ever since, was, in that moment, assured.

‘No man is an island’, said Donne. A challenge to our fantasies of separateness.  His declaration “Be thine own palace, or the world’s thy jail” has lost none of its thwack. His exciting fearlessness of invention electrifies the journey in this John Donne talk, which will celebrate the two-handed poetic pianism of Donne’s passion and reason, his marriage of human love and religious belief, and his capacity for building meanings with a seemingly limitless variety of words, images and musics. Donne the rebel Elizabethan who re-made poetry, did it his way then, and is, to this day, cool

“Thank you – I enjoyed it immensely. The historical and social context was very helpful . . . and your presentation of the metaphysical poets was so thoughtful and illuminating. And despite being familiar with so many of the poems you read, it is wonderful to be reminded of Donne’s passion and energy as well as the beauty of his verse. I will book the Coleridge forthwith.”
Caroline Maldonado, London (2021)
Online version
"I very much enjoyed the Donne lecture; an evening full of excitement, memories and tension. I had never heard of his trip to the Azores or the storm. I shall listen to it all again when I can find a clear space".
Brenda Herbert, London
Online version
“Very inspiring. What is great about your talks is the almost urgent need, certainly in my case, to go back to the poems themselves at a deeper level, or even for the first time”.
Celia Purcell, London
Online version
"I like what you say in your lecture about Donne wanting to create new verse rather than just building extensions to existing structures and conventions. I think he would be enthusiastic about a lot of post-modern experimental verse! I can understand that his use of extraordinary juxtapositions might appear alarming and difficult at first, but I find exploring similes and metaphors with groups and having fun writing them (and trying to outdo each other in creating the most outlandish) is a way in.
"I also liked your idea of being challenged to explain 'metaphysical' and resorting to suggesting names and examples instead. I've always found it hard. It's the same with negative capability. I think I understand it, and I have occasionally experienced it and I can happily quote Keats' own words, but to explain it to someone else, to convey the essence of it, is much harder. Anyway, thanks again. I think you have a lecture on Hardy. I'm certainly tempted by that.
Mandy Pannett, West Sussex (2021)
Online version
"If you have never experienced Graham Fawcett, you have missed something. His childlike enthusiasm for the greats of the canon is the motor that drives through his two-part, two-hour monologues to a journey’s end of revelation. These are not literary events for those with contemporary attention spans. Fawcett does not give it to us in bite-size chunks. These are big talks, packed full of imagination and research. . . Do go; these are very special occasions".
John Pownall, Bridport Review

for this online talk The recording is now available online. The link giving you access to the lecture will be sent out after your booking has been received.

Your booking will be acknowledged promptly. Access to the talk will be via a link to be sent to you on 23 September 2020

John Donne is the seventh in the 2020 series of lectures specially recorded by Graham during the lockdown for release online to bookers.  Recordings of all ten are now available. 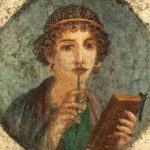 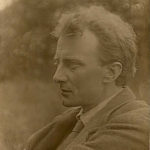 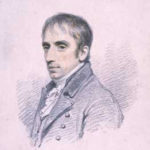 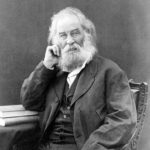 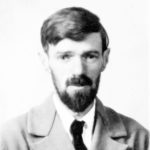 Top picture: John Donne and his wife lived (1600-1604) in this Elizabethan summer house on the River Wey at Pyrford, Surrey – photograph by Suzanne Knights