Venue: This recording is now available online. The link giving you access to this lecture will be sent out after your booking has been received.

“When first I came here I had hope, Hope for I knew not what. Fast beat My heart at the sight of the tall slope Or grass and yews, as if my feet Only by scaling its steps of chalk Would see something no other hill Ever disclosed . . . ” wrote Edward Thomas on moving to a new home in Kent, in lines which catch his wonderful lyrical voice as a poet of nature. But might the ‘what’ and the ‘something’ also be the poetry he had discovered he could write (thanks to the prompting of Robert Frost) only three years before he died in action at Arras? Walter de la Mare said Thomas’s aim had been “to express the truth about himself and his reality”. This throws light on how poetry suddenly surfaced in him: it was there all the time, in the glorious pastoral eloquence of his prose in praise of place and nature. 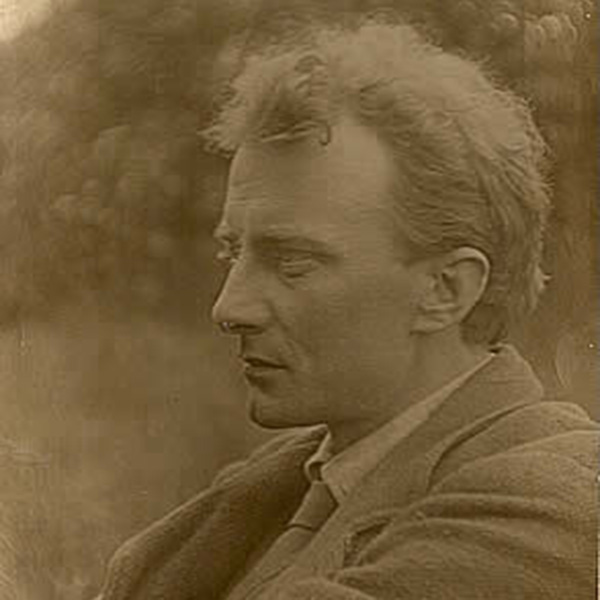 “Gently as the alighting of a bird, the sunlight dropped among the tops of the oaks, which were yellow and purple with young leaves, and blessed them”, he wrote in The Heart of England. And when he says of W H Hudson that ‘what he reverences and loves is the earth”, he is also talking about himself.

“First soldier, and then poet, and then both/, Who died a soldier-poet of your race”, declared Robert Frost in his tribute poem to Thomas. “I knew”, wrote Frost, “from the moment when I first met him at his unhappiest that he would some day clear his mind and save his life”.

Thomas did indeed save his life by turning from prose to verse. And then, by becoming a soldier at the age of 35 and going to the Front in 1917, he lost it.

“Delivered very poignantly and emotionally. Rather than scratching the surface or providing a mere linear literary history, you seemed to enter into the head and mind-set of the poet. A tour de force”.
Nicky Merry, Chichester
after Edward Thomas Night in West Bay
"I thought it was superb and I went straight to my old 'Faber' to look Thomas up again. You brought him into a new light for me and I loved the connections".
Celia Purcell
London - the online version
"Thank you for a really inspirational talk. We enjoyed it enormously and learned so much about Edward Thomas from you".
David French, Stoke Abbott, Dorset
after Edward Thomas Night in West Bay
"Thank you for the splendid talk on Edward Thomas.  I had the Wordsworth Poetry Library edition on  my bookshelf – the works of Edward Thomas (with introduction and biography) and so was able to do some preparatory reading which enhanced my enjoyment, lovely to hear you lifting the poems from the page. How tender his poems are, joy, pain and longing gently folded in together – I am thinking about how one folds flour into whipped egg whites when making a soufflé, fine particles of flour falling into the furrows of egg left by the spoon edge. I am doing a lot of cooking in the lockdown. In eager anticipation of Wordsworth . . ."
CFG
Wiltshire - the online version
"A wonderful lecture. I listened to the first half yesterday, and I have just finished the second. I shall have to listen again - there were so many thoughts and references to go back to, or chase up because I didn't know them".
Jennifer Anderson
London - the online version
"Your Edward Thomas is typically splendid".
Lance Pierson (2021)
London - the online version

You will be sent a link giving access to this talk after your booking has been received.