Dante and Shakespeare divide the modern world between them; there is no third”, declared T S Eliot in his 1929 essay on the poet. Dante’s Divine Comedy, a 14,000-line verse narrative of heart-stopping brilliance, written in terza rima, the beguiling aba bcb cdc rhyme scheme which he had invented, tells the apparently autobiographical story of how, at Easter in the year 1300, Dante had set out, with the ghost of the Roman poet Virgil as his guide, on a life-changing journey which led him down into Hell, up the mountain of Purgatory to the Earthly Paradise, and beyond.

On Dante’s Inferno night, five days before the 700th  anniversary of Dante’s death in Ravenna on 14th September 1321, Graham Fawcett re-traces Dante’s footsteps from the moment when he found himself, at the age of 35, lost in a dark wood, with no sign of the path. How could he find his way out and so get his life back?

Answer: he has to make the journey that no-one else had 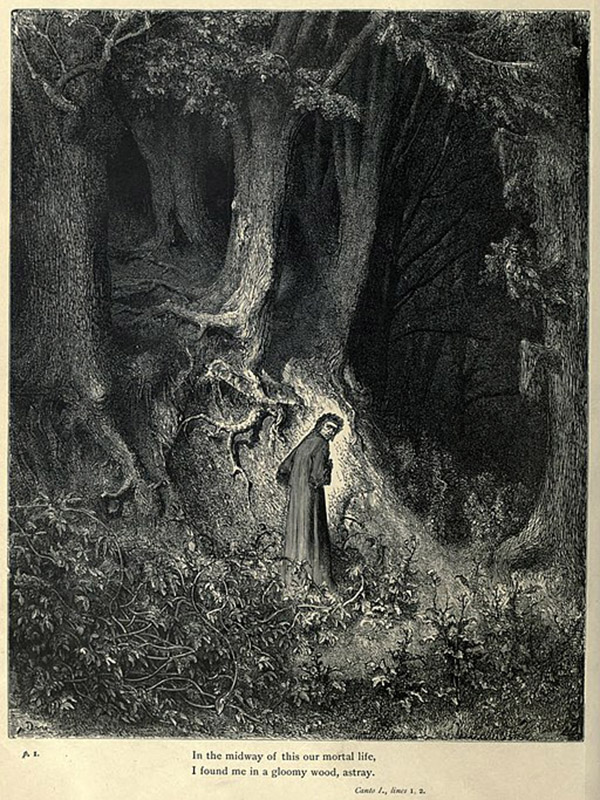 ever come back from before. Inferno, the first book of  his Divine Comedy, inspires, astonishes and exhilarates readers across the world to this day with the sheer versatility of its profoundly realistic imagination.

The audience’s experience – of what Dante sees, hears and feels every step of the way through Hell – connects the batteries of our senses and his, the current passing through the live wire of the poetic line.

“Your perspective on the cantos was masterly and the images they brought up accompanied me all the way".
Celia Purcell
London, online version
“An electrifying evening. The atmosphere was tremendous”.
Irena Hill
Dante Night in Greenwich.

Graham Fawcett’s Dante programmes for BBC Radio 3 include A Voyage of Sighs, his verse translation of Dante’s La Vita Nuova for BBC Radio Drama; The Hell of Francesca da Rimini on Inferno canto 5; and Dante In Rotterdam, a documentary on the Dante translation project at the Rotterdam International Festival.